Beam has been working with Bolsover District Council and the community of Doe Lea since July 2016 to develop a public art programme that includes a permanent commission at the gateway to the village and a film project.

The concept for the permanent commission, designed by artists Tonkin Liu, is an optical illusion made from steel tubing that outlines the name of the village as you drive past or into Doe Lea. The installation will be accompanied by wild flower planting in collaboration with local people. We are awaiting the results of the planning application later this year.

In parallel John Slemensek has been commissioned to deliver -The Story of Doe Lea, an interactive project, using film, photography and events to tell a story of the past, present, and future of Doe Lea. John has been delivering a range of sessions including walks, game designing, crafts and spoken word which will result in a short film towards the end of 2017. ‘The Story of Doe Lea’ website  is showcasing the development of this project as it happens. 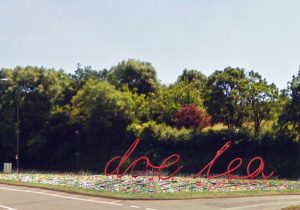 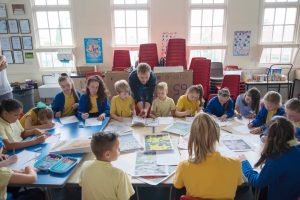