It has recently been announced that former Beam Director Robert Powell will be awarded a RIBA Honorary Fellowship 2018.

We are extremely proud to hear that Robert has been honoured in this way for his important work championing place-making and the role of the arts during his long-standing leadership of Beam. 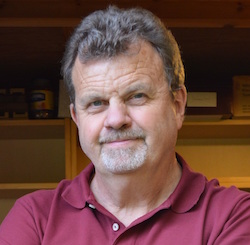 “I’m hugely delighted to be honoured in this way by the Royal Institute of British Architects, not least because it expresses the Institute’s recognition of the important role that artists and ordinary citizens play in successful design and place-making. I’m proud to have led Public Arts / Beam in so many exciting creative projects over the years. I feel that this award belongs as much to my many colleagues, and to the artists and people we have worked with, as it does to me.”

RIBA Honorary Fellowships reward the contributions people have made to architecture in its broadest sense: its promotion, administration and outreach; its role in building more sustainable communities, and its role in the education of future generations. The lifetime honour, conferred annually, allows recipients to use the suffix Hon FRIBA.

Those honoured have contributed greatly towards architecture, be they practitioners, commentators or teachers. In their different ways, they have helped to improve the quality of design and influence the delivery of the built environment in a sustainable and creative way.