by Lenny and Whale

The Principal Towns Team and the Stairfoot Ward Alliance invited arts partnership Lenny and Whale to create an artwork that celebrated the heritage of Stairfoot, Barnsley.

This fun and colourful artwork was inspired by drawings and playdough sculptures made by Year 1 children at Oakhill Primary School, after studying images of the canal and railway bridges that were prevalent during Stairfoot’s industrial past.

Beam was appointed by the Principal Towns team and the Stairfoot Ward Alliance at Barnsley Council to develop a creative commissioning programme to enhance the identity of the Stairfoot Basin area, Barnsley.

The artist brief was to deliver a series of ambitious permanent commissions that support a positive identity for Stairfoot during an important period of change, creating an element of surprise for residents and visitors.

This project commenced in spring 2020 and experienced delays due to the pandemic so we are delighted to see the artwork finally come to life for everyone to enjoy.

Lenny & Whales’ design consists of three, tall, freestanding sculptural pieces that are a playful celebration of the industrial and transport heritage of Stairfoot.

These playful sculptural interventions have been strongly influenced by the voice and ideas of the community through engagement with local school children. Initial research focused on the industrial heritage of Stairfoot, with a particular focus on the transport infrastructure that was once prevalent in the area. Lenny & Whale studied numerous old photographs of canal and railway bridges, and were drawn to the recurring structural shapes and construction materials. It was these structural forms that they chose to blend with an exploration of bold and playful colours, to develop their ideas that were further developed through creative engagement with the steering group and Oakhill Primary School, Stairfoot.

Sculptural feature elements that top the structure are made from fiberglass and hand painted, and affixed to tanalised hardwood posts, all hand painted with a lechler clear lacquer finish.

Lenny and Whale deliver colourful projects that culminate in playful artwork and interventions.  They love working with people, in the outdoors and in non-traditional art spaces, bringing the magic of creativity into the lives of people in a way that is ambitious and accessible. They often use workshops as a starting point for gathering and developing visual ideas and themes which then evolve into distinctive pieces of artwork, shared and celebrated within the public domain. 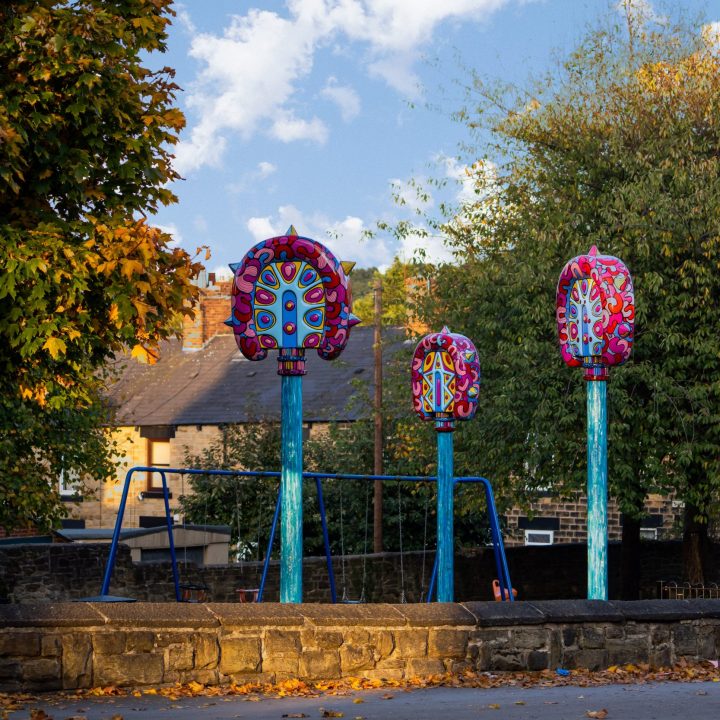 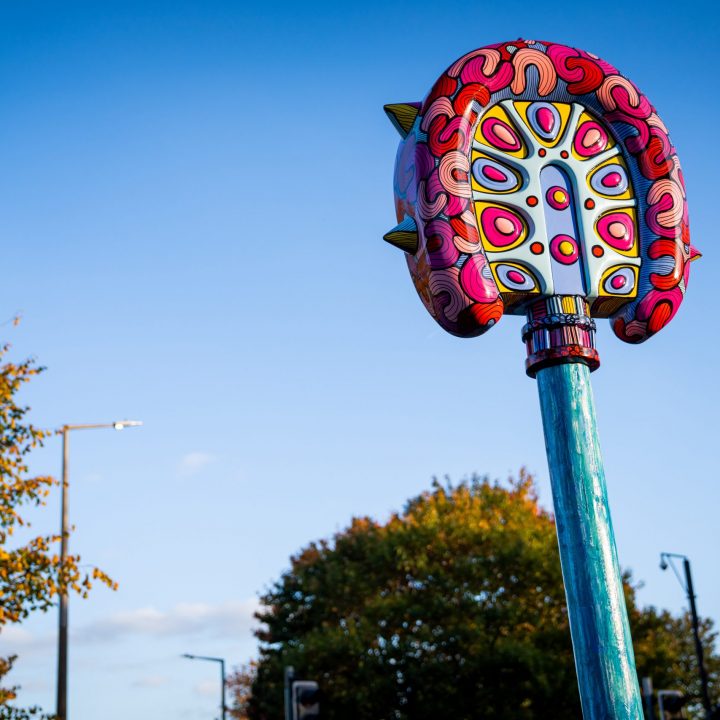 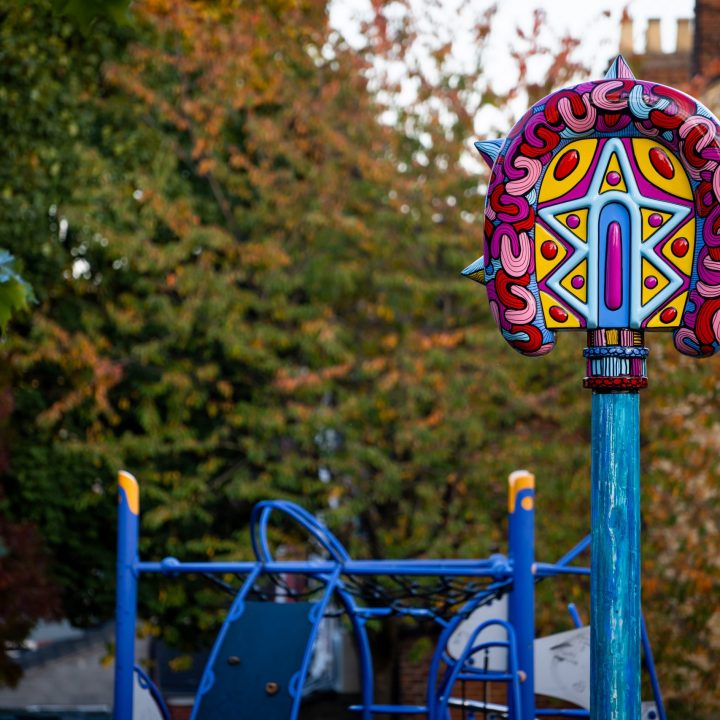 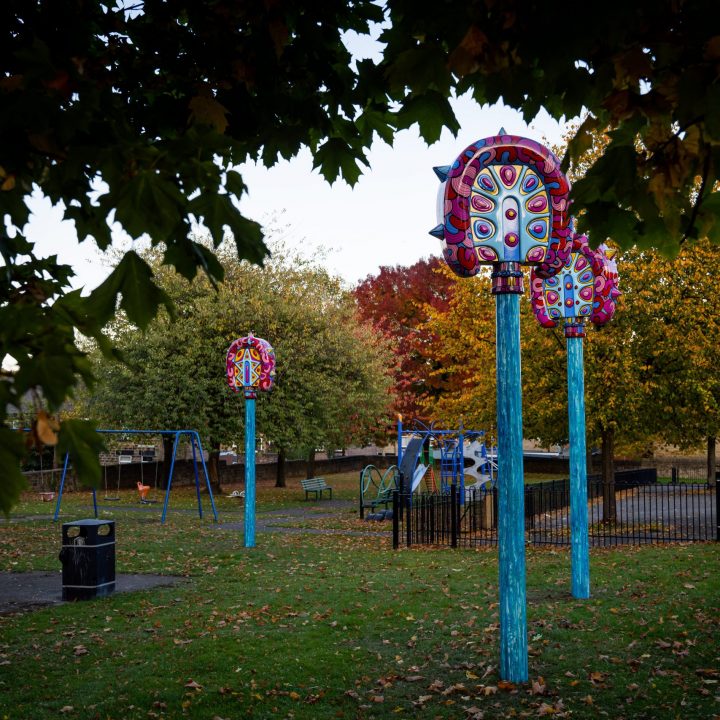