The Dancing Flowers of Doe Lea by Tonkin Liu.

Tonkin Liu created a permanent landmark at the entrance to the village of Doe Lea. The concept originates from the name “Doe Lea,” the village’s rich mining heritage, and its bucolic rolling hills accentuated by softly undulating hedgerows. Spoils from old mining pits have over time formed a series of mysteriously alluring curving lines in the landscape.

Exploring the idea of lines, the design process built on the site context and played with artist Paul Klee’s concept of drawing as “a line going for a walk.” This project was guided by a project steering group including local residents and representatives from Ault Hucknall Parish Council.

The structure is made from curved 114mm diameter steel tubes, painted in bright red, undulating and rising from a wild flower meadow covering the entire traffic island. Wildflower stencils are painted in multiple colours on the reverse side, designed with the help of the local school children.

Different views unfold on approach. Then, at a specific position near the entrance to the village, the lines align to reveal the name “Doe Lea.” Once past this position, the name is lost again to the abstract curvilinear form. By using the structure to assert the phonetically and typographically beautiful name, the sign structure also seeks to find a voice for a community with a lost identify. Dancing Flowers of Doe Lea expands via a community planting initiative. Residents are gifted with the same wild flower seed mixes which hope to eventually populate roadside verges, bringing the entire village of Doe Lea into an unison of colourful blossoms each year, as wild orchids flourish in the low nutrient post-mining soil. Nature reclaims the scarred land, as Doe Lea reclaims its name and its pride of place. 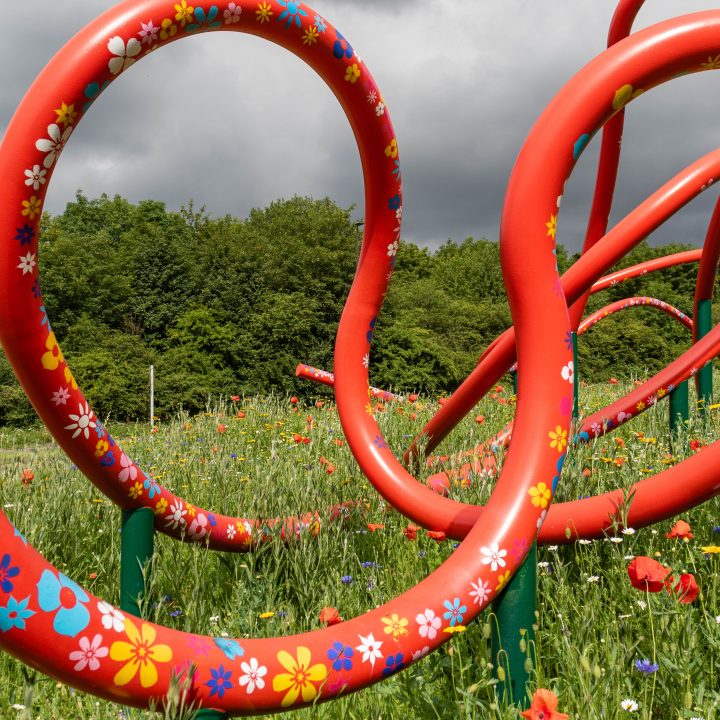 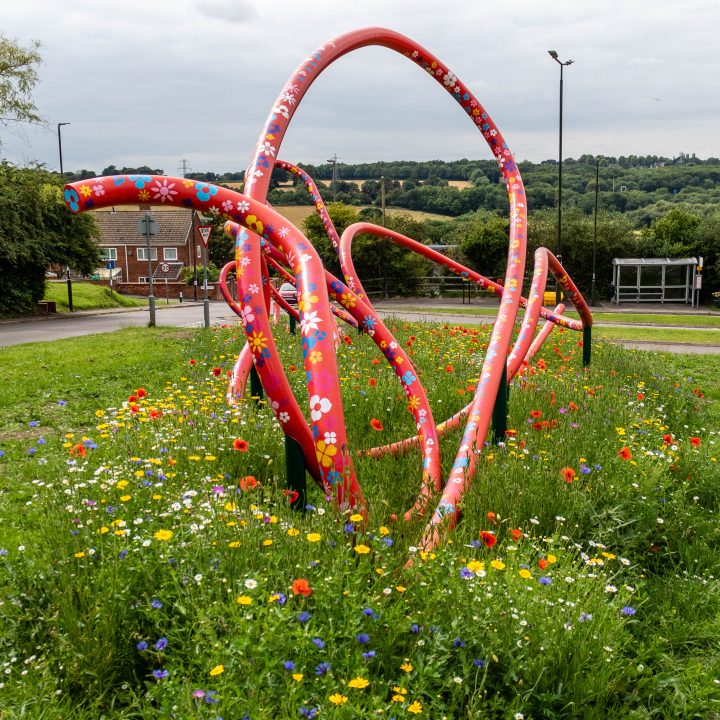 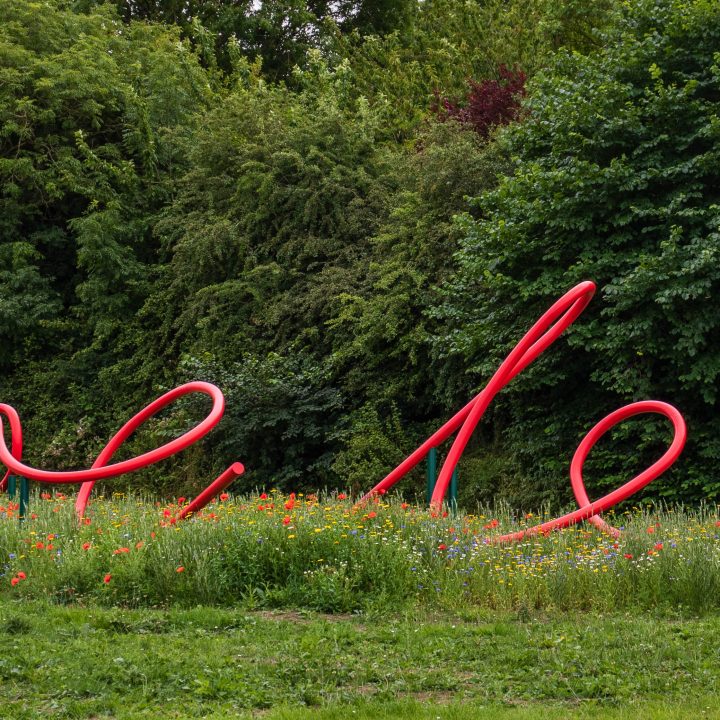 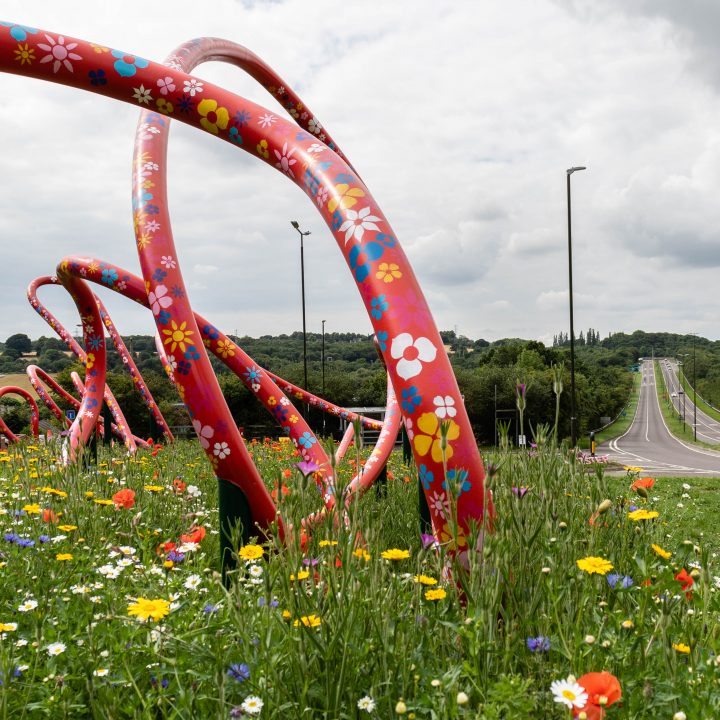 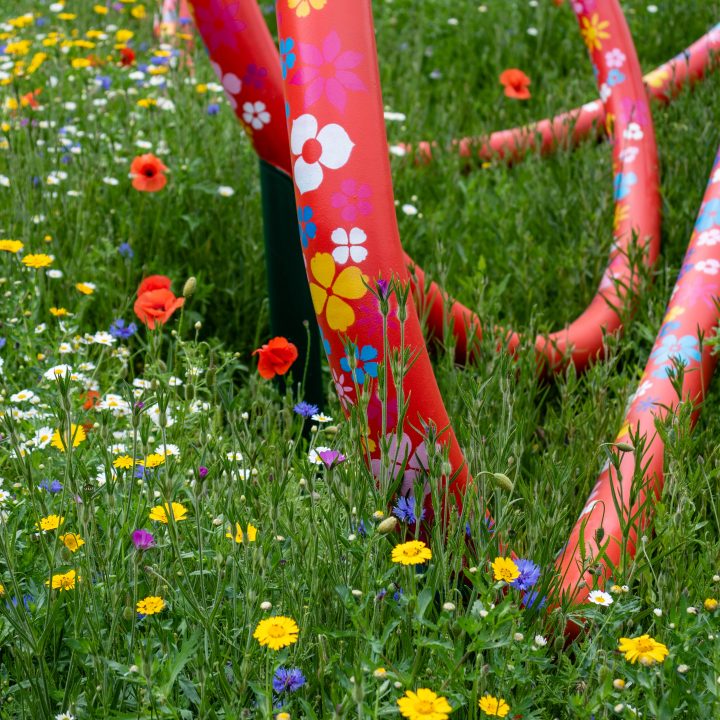 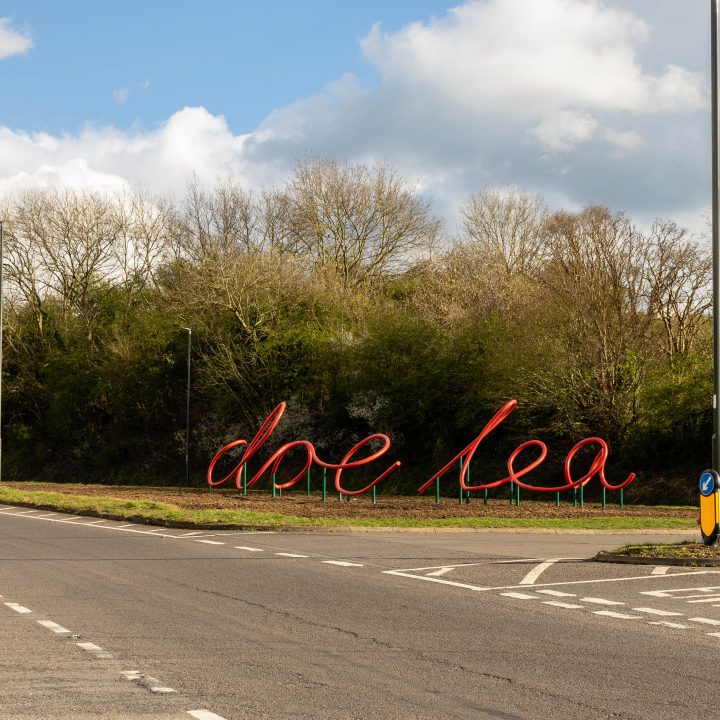 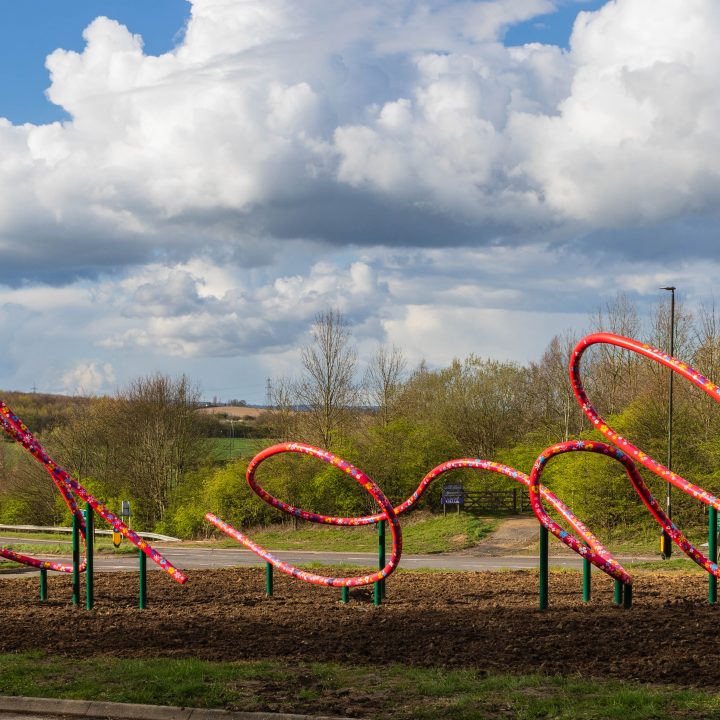 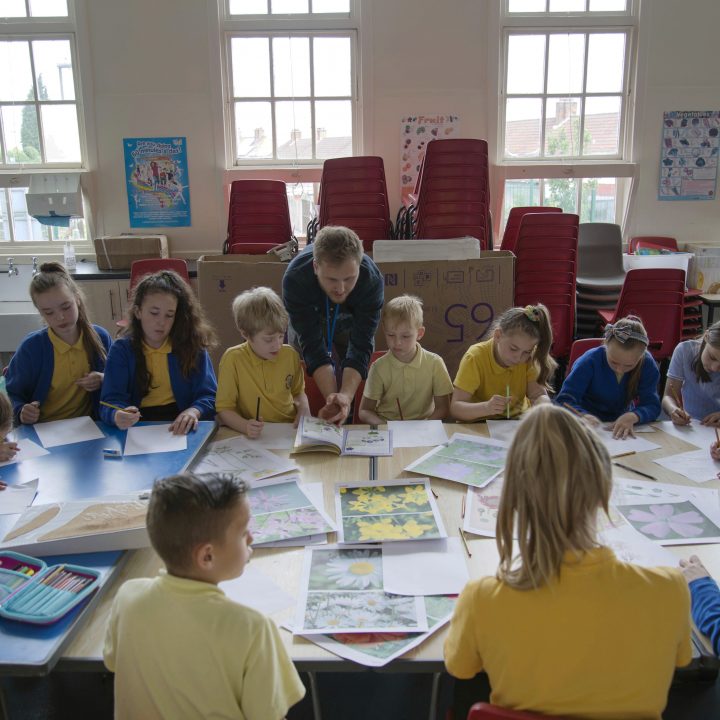 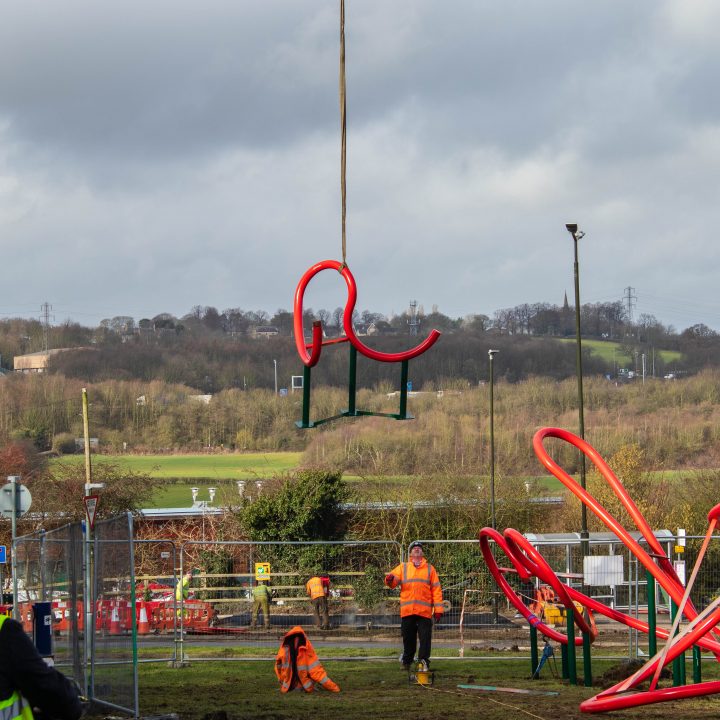 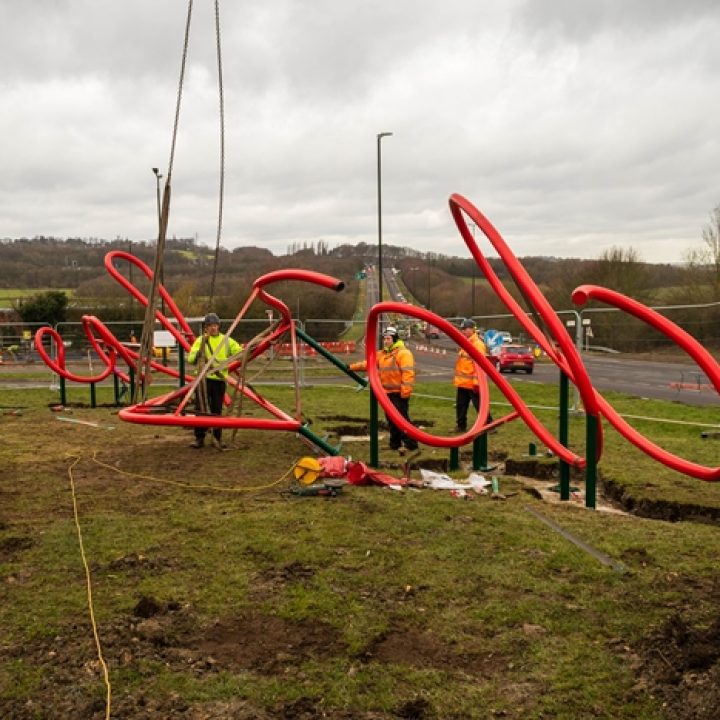 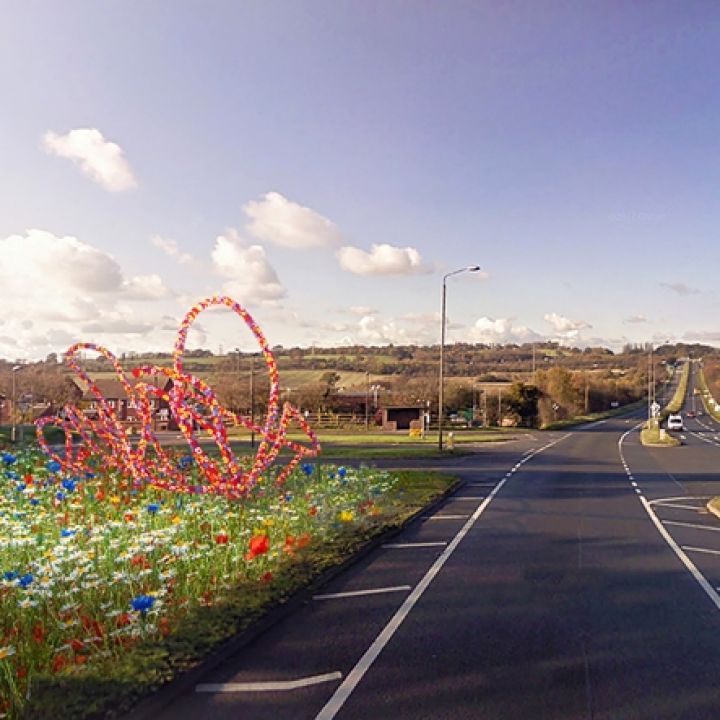