Beam was appointed by Wakefield Council to undertake the management of a public art commission to be situated in a prominent location outside the newly refurbished Wakefield Kirkgate Railway Station.

Artist Jo Fairfax was commissioned to design a site specific work that would blur the boundaries between the public art intervention and the rest of the designed environment.

The Kirkgate regeneration area is in the midst of major redevelopment including the new national art gallery The Hepworth Wakefield that opened in 2010. Kirkgate Railway Station has undergone a major restoration and the new West Yorkshire History Centre opened in Spring 2017.

The overall aim of the commission was to create a feature wall to highlight and promote a key gateway to Wakefield city centre and act as a gateway / arrival marker between the Kirkgate Station entrance foyer and Monk Street as well as providing an adequate barrier between the street and Wakefield District Housing residential properties.

This artwork is 21m long and 1.8m high and is in a form inspired by railway carriages. A series of perforations throughout the length of the feature create a sense of connection between Monk Street and the grassland the other side of the feature. There is a balance between the visual connection of the spaces and a sense of privacy. The holes are lined with yellow fibre glass and resin inserts which give the feature a visual lift whatever the lighting conditions. The larger apertures subtly reference the windows of a carriage. All the holes are set in a rhythm, which quietly plays in the mind like the sound of a passing carriage.

A quote by local Wakefield novelist George Gissing in the spirit of taking a journey and how ones mind tends to wander and wonder is featured as the base of the work – “It is the mind which creates the world around us.” 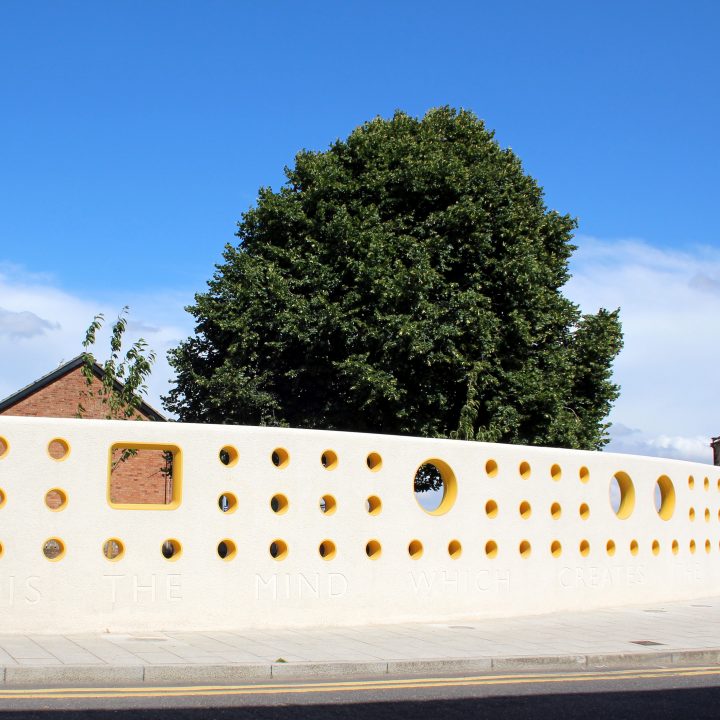 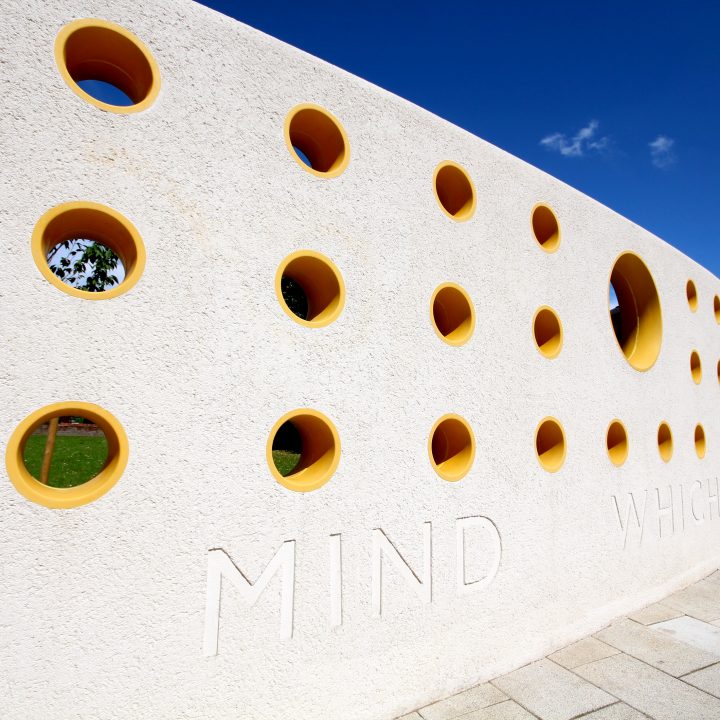 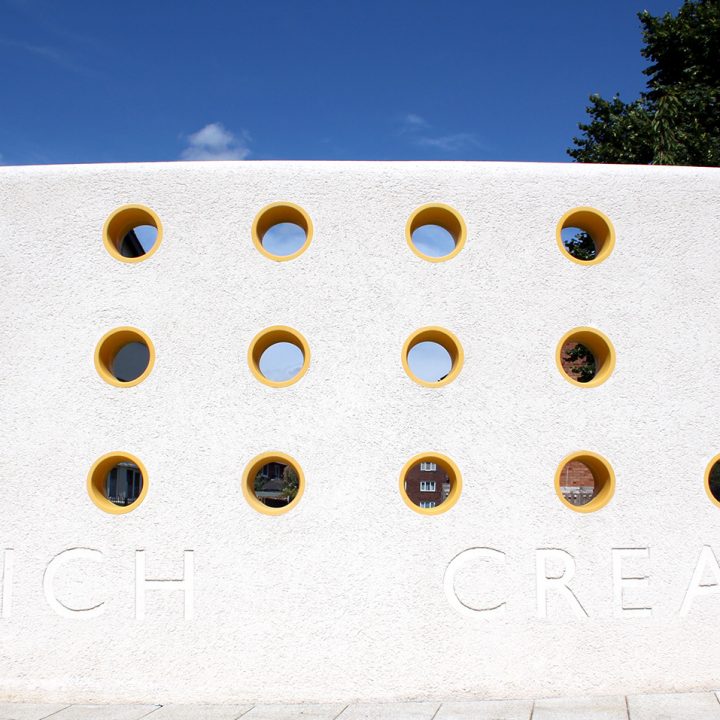 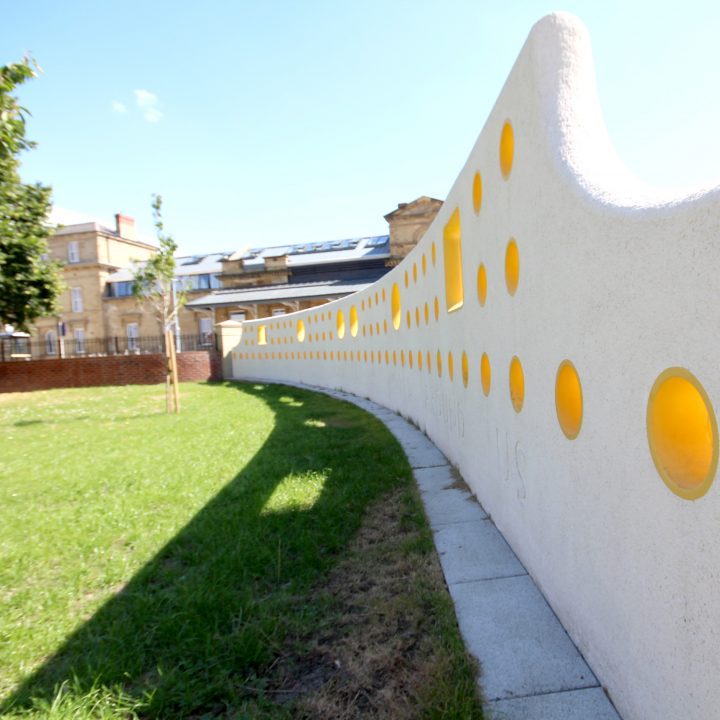