Eight new life-size steel figures have been unveiled as part of ‘Walking Together’ an ongoing memorial to miners who lost their lives at Markham Colliery, Derbyshire. This latest unveiling marks 80 years since the first disaster at the site in 1937.

There are now 27 Walking Together figures installed at Markham − the first two were unveiled in 2013 to mark the 40th anniversary of the 1973 disaster. The finished memorial artwork will eventually feature 106 figures stretching between the village of Duckmanton in Chesterfield and the former pithead. The Walking Together memorial has been designed by artist Stephen Broadbent and is managed by Beam on behalf of Derbyshire County Council.

“Markham Colliery was at the heart of Derbyshire and a place where great friendships were made and generations of families worked.

“The miners were a very close group who had a strong bond and supported each other through the good and bad times.

“This memorial is a place where the miner’s community spirit can be remembered and where families, friends and future generations can come together to pay tribute.

“The site is now home to 42 businesses and more than 1,000 new jobs have been created so far but it’s important that we don’t forget the site’s mining history, the challenging jobs the pit workers had and the sacrifices they made.”

Each figure carries a tag with the name of one of the miners, along with their age and job role.

Relatives of the miners commemorated at the unveiling also attended the event to pay tribute.

The latest figures have been sponsored by a number of businesses including Noonah Experiential and GH Motors − both based at Markham Vale.

A grant of £7,500 has been awarded to the ‘Walking Together’ memorial from the Duke of Devonshire’s Charitable Trust for the next phase of the project which is set to be unveiled later in the year.

Anyone interested in sponsoring a figure can contact Head of Markham Vale, Peter Storey by email: Peter.Storey@derbyshire.gov.uk or by calling tel: 01629 535417 for more information. 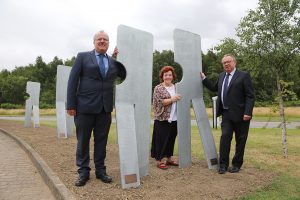 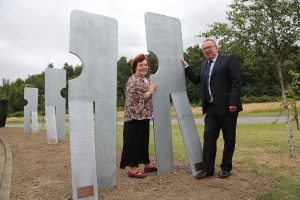