Beam Deputy Chair and Wakefield Civic Society President Kevin Trickett has been made an MBE in the 2018 New Year’s Honours List for services to the community in Wakefield.

Mr Trickett, joined Wakefield Civic Society’s committee as a trustee in 1990, and was elected President in 2002. He also chairs the Yorkshire and Humber Association of Civic Societies (YHACS) and was a trustee of Civic Trust, the national body for civic societies from 2004 until 2009. When Civic Trust closed, Mr Trickett worked with others to set up a new organisation to represent the movement, Civic Voice, becoming one of the founding trustees. 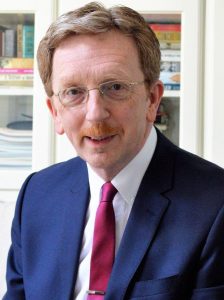 Mr Trickett is also deputy chair of arts charity Beam, based in Wakefield, and was a trustee of Wakefield Community Foundation for seven years.

In addition to his civic society duties, Mr Trickett also writes for TopicUK business magazine and has supported Wakefield BID.

Mr Trickett said “I am, of course, delighted to receive this honour. It is a great privilege to have my work recognised in this way, but I think the award also reflects well on what my committee and I have achieved for Wakefield Civic Society over the years. The Society has undergone many changes since I took over as President and Chair back in 2002 and that has been to the benefit not just of our members but to the city as a whole. Long may that continue!”